You are here: Home / ARTICLES / EVER WONDER WHAT HAPPENED TO JOHN THE BAPTIST 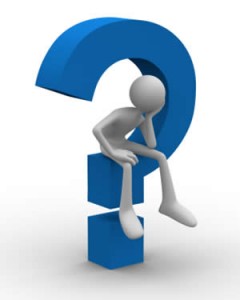 By Ken Blue
The pages of Matthew and mark start out blazing with the ministry of John the Baptist. He is among the prophets, is the greatest born of women and has a unique ministry. Although 400 years of silence has elapsed, John, Jesus, and the Twelve are still operating under the Old Testament Covenant. There is not one word of proof to the contrary.

Mary and Joseph offered sacrifices as prescribed by the Law, at His birth. He was careful to obey the Law during His earthly ministry. “And when they had performed all things according to the law of the Lord, they returned into Galilee, to their own city” Nazareth. Luke 2:39. He said, “Think not that I am come to destroy the law, or the prophets: I am not come to destroy, but to fulfil. For verily I say unto you, Till heaven and earth pass, one jot or one tittle shall in no wise pass from the law, till all be fulfilled.” Matthew 5:17-18. The sacrificial and ceremonial Laws was not fulfilled until He died on the cross and said, “It is finished.” Here is where the Law ended! “Blotting out the handwriting of ordinances that was against us, which was contrary to us, and took it out of the way, nailing it to his cross;” Colossians 2:14. To pretend that the Law ended before the cross is unscriptural and dishonest. (Matt. 5:23, 40; 7:12, 8. Luke 10:26; 16:17.

After Jesus had chosen His Twelve, Peter became the central figure and was always in the inner circle of our Lord’s work. However, after Acts 15:7 Peter never shows up again! There are 28 chapters in Acts; wonder what happened to Peter?

Paul says of John, “When John had first preached before his coming the baptism of repentance to all the people of Israel. And as John fulfilled his course, he said, Whom think ye that I am? I am not he. But, behold, there cometh one after me, whose shoes of his feet I am not worthy to loose. Acts 13:24-25. Like Peter, John the Baptist is also forgotten and left behind.

Did you ever notice when the Corinthians were choosing up sides to name their favorite leader, none mentioned John the Baptist! “Now this I say, that every one of you saith, I am of Paul; and I of Apollos; and I of Cephas; and I of Christ.” 1 Corinthians 1:12. Ever wonder why no one claimed John as their leader and teacher? If John is the founder of the Church, isn’t it rather peculiar that no one claimed to follow Him? In fact, the only one who claimed to follow John was Apollos, and he did it ignorantly and had to be corrected by Paul! See Acts 18:24-26.

John fulfilled his ministry by presenting Christ to Israel, and his followers to Christ.

The answer is simple. John fulfilled his ministry by presenting Christ to Israel, and his followers to Christ. Peter’s apostolic leadership ended with Israel’s final rejection of Christ. Jerusalem, the temple, the Law, the sacrifices, and the nation were being set aside and a new man and ministry were being introduced by Luke in the second half of Acts. That man was the Apostle Paul.

John the Baptist’s ministry and that of Peter came to a close in the mid-Acts period. (John was killed during the Lord’s earthly ministry; however, some of his followers continued his teachings in ignorance of the change taking place).The new Apostle had a new ministry, a new sphere, and a new gospel. “But I certify you, brethren, that the gospel which was preached of me is not after man. For I neither received it of man, neither was I taught it, but by the revelation of Jesus Christ.” Galatians 1:11-12. “For this cause I Paul, the prisoner of Jesus Christ for you Gentiles, If ye have heard of the dispensation of the grace of God which is given me to you-ward: How that by revelation he made known unto me the mystery; (as I wrote afore in few words, Whereby, when ye read, ye may understand my knowledge in the mystery of Christ) Which in other ages was not made known unto the sons of men, as it is now revealed unto his holy apostles and prophets by the Spirit; That the Gentiles should be fellowheirs, and of the same body, and partakers of his promise in Christ by the gospel:” Ephesians 3:1-6.( The “holy apostles and prophets” were the companions of Paul. They were not the Twelve. (Acts 14:4,14. Rom. 16:7. I Cor. 1:1; 4:6, 9. Gal.1:1. I Thess.1:1,6,9; 2:4,6).

So, what happened to John and Peter? They were left behind when it became evident that Israel was not going to repent. The nation and all associated with their Kingdom of Heaven ministry ended, and a NEW MAN was born! “Having abolished in his flesh the enmity, even the law of commandments contained in ordinances; for to make in himself of twain one new man, so making peace;” Ephesians 2:15. Where did Peter and John go? Their ministry was finished when God set the nation of Israel aside. Now you know.