You are here: Home / ARTICLES / THE MORMON CULT

MORMON SCIENTIST DISPROVE MORMONISM THROUGH DNA, AND THE LACK OF LINGUISTIC, AND ARCHAEOLOGICAL EVIDENCE. 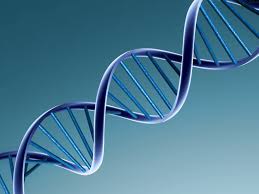 Did you know that Mormons believe in millions of gods? These gods are dispersed throughout the universe and have their own world, just like the Mormon god of the earth. The god they worship has a multitude of spirit wives. Their god has sex with his wives, and you were born a spirit baby. The reason they taught polygamy, was so the earthly wives could have as many children as possible to provide bodies for the spirit babies. When Mormons speak of Jesus as the “Son of God,” and of a virgin, they mean that their god literately had sex with Mary, thus Jesus is a son of god. They also believe Jesus and the Devil are brothers, having the same father.   Below, you have it from their own mouth. They are a deceptive cult.

The picture of Brigham Young and his wives.

Mormon.org
“Your life didn’t begin at birth and it won’t end at death. Before you came to earth, your spirit lived with Heavenly Father who created you. You knew Him, and He knew and loved you. It was a happy time during which you were taught God’s plan of happiness and the path to true joy. But just as most of us leave our home and parents when we grow up, God knew you needed to do the same. He knew you couldn’t progress unless you left for a while. So he allowed you to come to earth to experience the joy—as well as pain—of a physical body.”

Let us break down what they say, and then fill in the blanks with the real truth.“Your life didn’t begin at birth…your spirit was created by…” What you aren’t told is that your spirit “creation” was a birth resulting from the gods having intercourse with their many celestial wives. All these gods and their wives were once human just like you. Now you too can become a god with your own world and your multiple wives if they have pleased you on earth, and you call them from the grave in the resurrection.

“Your life won’t end at death.” You aren’t told why you are here, and what you are supposed to do. You see, Mormons believe the god they worship and talk about, was at one time a man (Perhaps Adam). Through “progress” he attained the status of a god and was assigned to populate the earth and make more gods. So, when you die, if you are “lucky,” you and your many wives will be assigned a planet, yes, and a planet to populate and keep the process of making more gods. The only way that can be accomplished is moving through a process of progress. Some of these rituals are public knowledge, much is secret. The more you study Mormonism the more you understand that it was built on sex in this life, and in the afterlife, somewhat like Islam.

I challenge any Mormon to refute what we have said.

Also, Mormons are avid “missionaries.” That is one of the requirements, plus mandatory tithing, for a special place in the heavens. They use Bible language to make naïve Christians think they have much in common. I assure you that Mormons and Bible Christians have absolute nothing in common.

Lastly, Mormonism is an ever evolving religion. That is if you point to what their prophets and founding fathers said in the beginning, more recent prophets may get newer revelations to negate what they object to. The example is their teaching that the black race came from following the Devil. However, when Civil Rights came along, they got an updated revelation from their god and adjusted their theology.

I challenge any Mormon to respond and refute what we have said.