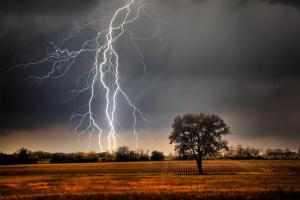 On two or three occasions I have received emails with comments about the book, Authority to Heal. I did not write the book, but was tempted to bill for it anyway. Since the author’s name is the same as mine, I decided to purchase a copy. Having pastored for over 40 years, and studying the Bible more than 58 years, I have learned to “try the spirits,” and “prove all things” by the Word of God, not by human experience.

I do not question the character or sincerity of Dr. Blue. I detect that he is a compassionate and caring person. I have no animosity toward him, and believe he is sincere in what he teaches. However, I do question his healing ministry, and his misuse of Scripture in his premise to support his Authority to Heal ministry.

There’s no shortages of testimonies from all religions concerning miracle healings. Even the Roman Catholics, who pray to idols, pray to Mary, pray for the dead, practice baby sprinkling, teach that no one is saved without Catholic baptism, or a desire for it, also profess all manner of miracles and visions. Few religion are exempt when it comes to these experiences. Medical doctors are sometimes baffled that a former diagnosis changes or disappears in those who profess no religious faith. Therefore, inductive reasoning is never proof of cause and effect.

Because of the selfish and covetous nature of man, the “prosperity and healing gospel” attracts people, as a pool of muddy water in the desert attracts all varieties of animals. Promise people “health and wealth,” if they follow that theology, and they will respond. It should be noted that theology is the creation of men. I have watched this deception for years, and those who espouse it are deceived, and many preach that doctrine to enrich themselves.

Perhaps the most calloused and wicked aspect of the health and wealth ministry is when the infirmed are left with the feeling that they just did not have enough faith. Or, when the blame is placed on the one who prays. Regardless, in the final analysis, the failure is always laid at the feet of someone’s unbelief. The Bible is clear that people were healed who lacked faith, and prayers were answered in spite of the absence of faith.

In any debate, when the main premise is wrong, the conclusion will always be wrong. I have found, the number one reason people come to a wrong conclusion about Scriptural matters is their failure or inability to rightly divide the Word of God. Without a doubt, when it comes to biblical hermeneutics, the most important verse in the Bible is 2 Timothy 2:15. “Study to shew thyself approved unto God, a workman that needeth not to be ashamed, rightly dividing the word of truth.” Paul said, “Give none offence, neither to the Jews, nor to the Gentiles, nor to the church of God:” 1 Corinthians 10:32. Three groups are mentioned. Unless we rightly divide Scripture, we have no way of knowing to whom it is addressed. You, no doubt, have heard people say, “Every promise in the book is mine.” Nothing could be further from the truth. Also, the promise in Authority to Heal, is not given to the church today.

There are seven different baptisms in Scripture. There are also several different gospels, and dispensations. We must know the difference between the gospel of the Kingdom of Heaven, and the gospel of grace, which was a mystery revealed to Paul. If we fail to discern what was to the Disciples only, and that which was Kingdom of Heaven gospel, we will never rightly divide the Word. Therefore, we can make the Bible teach anything we wish.  A wrong premise will always lead to a wrong conclusion, which leads to wrong interpretation and application. This is what Dr. Blue, in Authority to Heal has done. His whole premise is wrong.

Because of his failure to rightly divide Scripture, he has embraced a hodge-podge theology on the subject of miracles and healing. He also, wrongly assumes the church possesses the promised kingdom to Israel, and now those promises belong to the church. He says,

It should be noted that Matthew 28 is incorrectly quoted. Also, there is no church on earth that obeys that commission, nor can they. It was given to the Twelve as a continuation of the Kingdom of Heaven ministry. All is in the context of the promised kingdom. The first question by the Disciples after Christ’s resurrection was, “…Lord, wilt thou at this time restore again the kingdom to Israel?” Acts 1:6.  The first matter of business was to fill the vacancy left by Judas. We need to ask, why? “And they prayed, and said, Thou, Lord, which knowest the hearts of all men, shew whether of these two thou hast chosen, That he may take part of this ministry and apostleship, from which Judas by transgression fell, that he might go to his own place. And they gave forth their lots; and the lot fell upon Matthias; and he was numbered with the eleven apostles.” Acts 1:24-26.

The “why,” is found in the gospels. “And Jesus said unto them, Verily I say unto you, That ye which have followed me, in the regeneration when the Son of man shall sit in the throne of his glory, ye also shall sit upon twelve thrones, judging the twelve tribes of Israel.” Matthew 19:28. This is the only place where apostolic succession was practiced.

[pullquote align=”right” cite=”” link=”” color=”” class=”” size=””]If healing and casting out of devils is in operation today, what of the other miracles?[/pullquote]

Not only does Dr. Blue believe the church is the kingdom, he thinks it was given the covenant promises to the Jews. He evidently doesn’t know the difference between a testament and a covenant. The New Covenant was made with Israel. “Behold, the days come, saith the LORD, that I will make a new covenant with the house of Israel, and with the house of Judah: Not according to the covenant that I made with their fathers in the day that I took them by the hand to bring them out of the land of Egypt; which my covenant they brake, although I was an husband unto them, saith the LORD: But this shall be the covenant that I will make with the house of Israel; After those days, saith the LORD, I will put my law in their inward parts, and write it in their hearts; and will be their God, and they shall be my people. And they shall teach no more every man his neighbour, and every man his brother, saying, Know the LORD: for they shall all know me, from the least of them unto the greatest of them, saith the LORD: for I will forgive their iniquity, and I will remember their sin no more.” Jeremiah 31:31-34. There are no covenants made with the church of this dispensation. One may attempt to refute this by quoting the book of Hebrews. However, the book of Hebrews is not a church epistle. It was written for the Hebrews who will be in the Tribulation. Right divisions will show that Hebrews through Revelation are not church epistles, but are Jewish Tribulation epistles.

Another error in Authority to Heal is the absence of the other miracles promised under the Kingdom of Heaven ministry. If we accept the premise that healing and the casting out of devils resides in the church today, why ignore the other miracles? Could it be that they cannot be validated? When Mark is quoted, part of the context is conveniently ignored. We will post the complete text. “And he said unto them, Go ye into all the world, and preach the gospel to every creature. He that believeth and is baptized shall be saved; but he that believeth not shall be damned. And these signs shall follow them that believe; In my name shall they cast out devils; they shall speak with new tongues; They shall take up serpents; and if they drink any deadly thing, it shall not hurt them; they shall lay hands on the sick, and they shall recover.” Mark 16:15-18. “And whatsoever ye shall ask in my name, that will I do, that the Father may be glorified in the Son. If ye shall ask any thing in my name, I will do it.” John 14:13-14. We challenge any church to prove they experience either promise in the above text.

The argument that God does not want anyone to be sick, may be valid. However, to argue that the reason is because He so loves us is not a valid argument. We are now back to the prosperity gospel. Does God want anyone in this dispensation to be poor? Does He not love these as well? It is not a matter of what God wants, but what He allows. God cannot be inconsistent with Himself.  If we don’t understand right divisions, and understand that God administers His programs differently in different economies, we will never handle the Word of God correctly. This is the dispensation of grace, and His grace is sufficient.

If healing and casting out of devils is in operation today, what of the other miracles?

I will give a list of questions on this subject. They are simple, and the respondent should be straightforward with his or her answers. Please don’t waste my time with your beliefs or hearsay. We want the truth.

If you have positive answers to the above, please send us their name and address so we may contact them.

If you tell me that an elephant walked over your bed last night, I have no way of convincing you that it did not. Likewise, it is virtually impossible to convince one from Scripture the error of his experience. It is real to him. I have had this conversation for years with those who believe they were filled with the Spirit because they spoke in some unknown tongue. It is to no avail. They have no idea what they were saying, but they know they had an experience.

We leave the reader to his own conclusion. If you know the answer to the above questions, or if you choose to believe your experience above the Scriptures, so be it. However, you are not permitted to cherry pick the miracles you like, and ignore the others.