You are here: Home / ARTICLES / MISS INTERPRETATION AND MISS APPLICATION OF SCRIPTURE 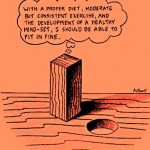 Recognizing the Kingdom of Heaven

“I have glorified thee on the earth: I have finished the work which thou gavest me to do.” John 17:4.

This may be one of the greatest chapters in the Bible. It certainly is the greatest of all prayer. It is truly “the Lord’s prayer.” Any pastor looking for a text that affords a great series of sermons, will find a gold mine in John 17.

However, as many attempt to establish a doctrinal point, it is not uncommon for men to go to any passage anywhere in the Bible to search for such a verse. That was vividly demonstrated in a book recently given to me by a fellow pastor. The entire purpose of the book was to establish the perpetuity of the Baptist church. After several chapters, the author used the above verse as proof that Jesus had finished the work His Father gave Him to do. That is, the establishment of the Baptist Church.

Now, you have to be desperate to conclude that this chapter is about the establishing of today’s church. This is a prayer to the Father, stating how the Son had glorified Him by doing His work and will. The work was not “finished,” but the prayer anticipates His work on Calvary.

The Achilles heel of many believers is the belief that Jesus came to Israel to start, and establish the church, which is His body. It is evident from the four gospels, and early Acts period that was not the case. The purpose and ministry of Jesus Christ was not to establish the local church. His purpose was to set up an earthly Kingdom of Heaven, with Jerusalem as its capital.

The church, down through history, has taken the writings of Paul, and read them back into the Kingdom of Heaven ministry. Many of the early church fathers went even further, and have the present church in the Old Testament.  This may be one of the greatest errors of the church. Many, wrongly assume that when the Lord said in Matthew 16:18-19, “18 And I say also unto thee, That thou art Peter, and upon this rock I will build my church; and the gates of hell shall not prevail against it. 19 And I will give unto thee the keys of the kingdom of heaven: and whatsoever thou shalt bind on earth shall be bound in heaven: and whatsoever thou shalt loose on earth shall be loosed in heaven.” Matthew 16:18-19, that He was speaking of the present church. They fail to see that Jesus was speaking of the Kingdom of Heaven, and that Peter and the eleven would preside over it. “And Jesus said unto them, Verily I say unto you, That ye which have followed me, in the regeneration when the Son of man shall sit in the throne of his glory, ye also shall sit upon twelve thrones, judging the twelve tribes of Israel.” Matthew 19:28. This will be the restored church that was in the wilderness. “This is he, that was in the church in the wilderness with the angel which spake to him in the mount Sina, and with our fathers: who received the lively oracles to give unto us:” Acts 7:38.

The book of HEBREWS speaks to this church. “For both he that sanctifieth and they who are sanctified are all of one: for which cause he is not ashamed to call them brethren, 12  Saying, I will declare thy name unto my brethren, in the midst of the church will I sing praise unto thee. 13 And again, I will put my trust in him. And again, Behold I and the children which God hath given me.” Hebrews 2:11-13. The quote is from Psalms 22, and Isaiah 8:18. Look at the context, and you will see that the “church” is the congregation of Jews who will rule, and rejoice in the Kingdom of Heaven.

Yes, the work the Father gave Jesus at His First Advent was finished. However, there is still work to be done, and it will be done at the Second Advent, and the gates of hell will not prevail against it!