You are here: Home / ARTICLES / GRAFTED INTO WHAT? 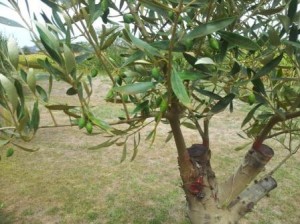 “Give none offence, neither to the Jews, nor to the Gentiles, nor to the church of God:” 1 Corinthians 10:32.

Failure to rightly divide these three has caused many in the Church of God to fear being “cut off,” and “cast aside.” All manner of mischief can develop when we ignore the context. The believer in Christ discovers in chapter 8 that nothing can separate him from God’s love. Then, he turns the page, and reads that he must fear lest he be “cut off.”

The key is to follow the context, and see that all three groups are dealt with in these chapters. For instance, in Romans 8 we read, “What shall we then say to these things? If God be for us, who can be against us? 32 He that spared not his own Son, but delivered him up for us all, how shall he not with him also freely give us all things? 33 Who shall lay any thing to the charge of God’s elect? It is God that justifieth. 34 Who is he that condemneth? It is Christ that died, yea rather, that is risen again, who is even at the right hand of God, who also maketh intercession for us. 35 Who shall separate us from the love of Christ? shall tribulation, or distress, or persecution, or famine, or nakedness, or peril, or sword? 36 As it is written, For thy sake we are killed all the day long; we are accounted as sheep for the slaughter. 37 Nay, in all these things we are more than conquerors through him that loved us. 38 For I am persuaded, that neither death, nor life, nor angels, nor principalities, nor powers, nor things present, nor things to come, 39 Nor height, nor depth, nor any other creature, shall be able to separate us from the love of God, which is in Christ Jesus our Lord.” Romans 8:31-39. It is clear that chapter 8 is speaking of all believers within the Church of God.

When we come to chapter 9 and 10, we see that the Jew is the subject. There, Paul explains why the Jews have been temporally “cut off,” and that God would save Gentiles without Israel’s conversion. It is important to see that prior to Israel being “cut off,” and their “fall,” they held the favored place in the plan of God as a nation. Paul says, “Who are Israelites; to whom pertaineth the adoption, and the glory, and the covenants, and the giving of the law, and the service of God, and the promises; 5 Whose are the fathers, and of whom as concerning the flesh Christ came, who is over all, God blessed for ever. Amen.” Romans 9:4-5.

However, as a result of Israel’s rejection of their King and the kingdom, they have been temporally “cut off,” and have “fallen” from having the favored status among the nations. “Now if the fall of them be the riches of the world, and the diminishing of them the riches of the Gentiles; how much more their fullness?” Romans 11:12. Notice that the fall of Israel, resulted in them being scattered among the Gentile nations, and Paul was also sent to the Gentiles with the gospel of free grace. The result of their fall resulted in the riches available to the Gentiles. The wisdom, financial ingenuity, and understanding of science has benefited every nation wherever they have gone.

Today, Israel is like all other nations, and each Jew must come to Christ just like the Gentile. Gentiles, have the same standing, and privileges as the Jew. The Gentiles have been placed, or “grafted,” into a new place of privilege, and opportunity, without the conversion of Israel, which they did not have before. Chapter 11 is not talking about, individual believer in Christ, but rather Gentile nations as a whole.

No one is grafted into Israel, nor does the Gentile or the Church take the Jew’s place or promises. The text is clear; Gentile nations now have the same privileges, and standing as the Jews. All are sinners and must come to Christ the same way. The time will come when the Gentile nations will be removed from this status, and the Jews will be “grafted” once again into the favored position with God. They will become the head of the nations.

When God begins to “graft” Israel back, the following will be true for them. “1 But in the last days it shall come to pass, that the mountain of the house of the LORD shall be established in the top of the mountains, and it shall be exalted above the hills; and people shall flow unto it. 2 And many nations shall come, and say, Come, and let us go up to the mountain of the LORD, and to the house of the God of Jacob; and he will teach us of his ways, and we will walk in his paths: for the law shall go forth of Zion, and the word of the LORD from Jerusalem. 3 And he shall judge among many people, and rebuke strong nations afar off; and they shall beat their swords into plowshares, and their spears into pruninghooks: nation shall not lift up a sword against nation, neither shall they learn war any more. 4 But they shall sit every man under his vine and under his fig tree; and none shall make them afraid: for the mouth of the LORD of hosts hath spoken it. 5 For all people will walk every one in the name of his god, and we will walk in the name of the LORD our God for ever and ever.6 In that day, saith the LORD, will I assemble her that halteth, and I will gather her that is driven out, and her that I have afflicted; 7 And I will make her that halted a remnant, and her that was cast far off a strong nation: and the LORD shall reign over them in mount Zion from henceforth, even for ever.” Micah 4:1-7.

Many Christians erroneously think that Israel has been removed from her covenants and promises, and that the church of God has replaced them. Nothing could be further from the truth. The illustration of “grafting” simply shows that the Gentile nations must not be high-minded against the nation of Israel, and many have. The warning is against Gentile nations, not individual believers.  All are on equal ground. This is the new privilege for the Gentile nations at this time.