You are here: Home / ARTICLES / THE BEGINNING OF SORROWS 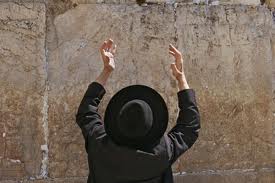 The first issue we must clear up is that nothing in the chapter has anything to do with the Church, the Body of Christ, of which all believers are members today. All is about Israel.

“And as he sat upon the mount of Olives, the disciples came unto him privately, saying, Tell us, when shall these things be? and what shall be the sign of thy coming, and of the end of the world? 4 And Jesus answered and said unto them, Take heed that no man deceive you. 5 For many shall come in my name, saying, I am Christ; and shall deceive many. 6 And ye shall hear of wars and rumours of wars: see that ye be not troubled: for all these things must come to pass, but the end is not yet. 7 For nation shall rise against nation, and kingdom against kingdom: and there shall be famines, and pestilences, and earthquakes, in divers places. 8 All these are the beginning of sorrows. 9 Then shall they deliver you up to be afflicted, and shall kill you: and ye shall be hated of all nations for my name’s sake. 10 And then shall many be offended, and shall betray one another, and shall hate one another. 11 And many false prophets shall rise, and shall deceive many. 12 And because iniquity shall abound, the love of many shall wax cold. 13 But he that shall endure unto the end, the same shall be saved. 14 And this gospel of the kingdom shall be preached in all the world for a witness unto all nations; and then shall the end come.

15 When ye therefore shall see the abomination of desolation, spoken of by Daniel the prophet, stand in the holy place, (whoso readeth, let him understand:) 16 Then let them which be in Judaea flee into the mountains: 17 Let him which is on the housetop not come down to take any thing out of his house: 18 Neither let him which is in the field return back to take his clothes. 19 And woe unto them that are with child, and to them that give suck in those days! 20 But pray ye that your flight be not in the winter, neither on the sabbath day: 21 For then shall be great tribulation, such as was not since the beginning of the world to this time, no, nor ever shall be. 22 And except those days should be shortened, there should no flesh be saved: but for the elect’s sake those days shall be shortened. 23 Then if any man shall say unto you, Lo, here is Christ, or there; believe it not. 24 For there shall arise false Christs, and false prophets, and shall shew great signs and wonders; insomuch that, if it were possible, they shall deceive the very elect. 25 Behold, I have told you before. 26 Wherefore if they shall say unto you, Behold, he is in the desert; go not forth: behold, he is in the secret chambers; believe it not. 27 For as the lightning cometh out of the east, and shineth even unto the west; so shall also the coming of the Son of man be. 28 For wheresoever the carcase is, there will the eagles be gathered together. 29 Immediately after the tribulation of those days shall the sun be darkened, and the moon shall not give her light, and the stars shall fall from heaven, and the powers of the heavens shall be shaken: 30 And then shall appear the sign of the Son of man in heaven: and then shall all the tribes of the earth mourn, and they shall see the Son of man coming in the clouds of heaven with power and great glory. 31 And he shall send his angels with a great sound of a trumpet, and they shall gather together his elect from the four winds, from one end of heaven to the other.” Matthew 24:3-31

The questions are three: “Tell us, when shall these things be? and what shall be the sign of thy coming, and of the end of the world? You will notice that he Lord does not answer the first question first, but rather gives them a list of signs that they should look for. In addition, the events in this chapter are the same events found in Revelation 6-19.

A list of signs for Bible believing Jews to note, are given. 1. False Messiahs and false Jewish prophets. 2. Wars. These are wars that would concern Israel. The Spanish American, the Civil War, the Korean War, the Vietnam War, and the Falkland War are not to be considered here. Only the wars that might trouble them are considered here. 3. The famine, pestilences, and earthquakes are found in the book of Revelation, and thus, within the Tribulation period. 4. Not only will the Jews be hated by all nations, they will also betray one another. The orthodox Jews will be hated and killed by the secular Jews. In addition, the religious Jews who do not believe their own Scriptures will persecute the righteous Jews. Note the indictment Stephen brings against his on nation. “Ye stiffnecked and uncircumcised in heart and ears, ye do always resist the Holy Ghost: as your fathers did, so do ye. 52 Which of the prophets have not your fathers persecuted? and they have slain them which shewed before of the coming of the Just One; of whom ye have been now the betrayers and murderers: 53 Who have received the law by the disposition of angels, and have not kept it.” Acts 7:51-53. 5. The gospel of the KINGDOM will be preached to the whole world by saved Jews in the Tribulation. 6. Now the Lord answers the “when” question. When they see the Antichrist desecration of the temple at Jerusalem, it will be a sign for them to GET OUT OF JUDAEA! Paul speaks to this in his letter to the Thessalonians. “Let no man deceive you by any means: for that day shall not come, except there come a falling away first, and that man of sin be revealed, the son of perdition; 4 Who opposeth and exalteth himself above all that is called God, or that is worshipped; so that he as God sitteth in the temple of God, shewing himself that he is God. 5 Remember ye not, that, when I was yet with you, I told you these things? 6 And now ye know what withholdeth that he might be revealed in his time. 7 For the mystery of iniquity doth already work: only he who now letteth will let, until he be taken out of the way. 8 And then shall that Wicked be revealed, whom the Lord shall consume with the spirit of his mouth, and shall destroy with the brightness of his coming: 9 Even him, whose coming is after the working of Satan with all power and signs and lying wonders, 10 And with all deceivableness of unrighteousness in them that perish; because they received not the love of the truth, that they might be saved. 11 And for this cause God shall send them strong delusion, that they should believe a lie: 12 That they all might be damned who believed not the truth, but had pleasure in unrighteousness.” 2 Thessalonians 2:3-12. 7.

This period will be the worst suffering for Israel since the world began. In addition, were it not for an elect remnant of Jews, all would be killed. 8. The battle of Armageddon will take place, and the birds will gather to eat the dead bodies. 9. Jesus returns to Israel and gathers the Jews from the surviving nations to come and enter the KINGDOM OF HEAVEN. This is the kingdom found in the “Lord’s Prayer.” These events lead up to the end of the present “age.” It will not be the end of the world.