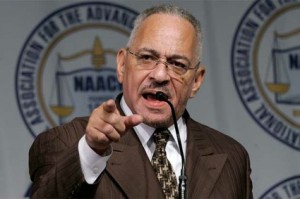 Reverend Jeremiah Wright attracted the attention of Americans when He said he did not pray for God to bless America, but rather to “damn America.” To add to the concern of many was the fact that President Obama was a member of Jeremiah’s church for at least twenty years. We ask how can two walk together unless they agree?

“Reverend Wright has been a national leader in promoting theological education and the preparation of seminarians for the African-American church. The church’s mission statement is based upon systematized Black liberation theology that started with the works of James Hal Cone.” Wikipedia

James Hal Cone is the architect of Black Liberation Theology. Cone does not build his views of the world and God from Scripture, but rather, his view of social conditions determines how he views God, and what God’s plan and strategy is. “His theology developed further in response to critiques by black women, leading Cone to consider gender issues more prominently and foster the development of womanist theology, and also in dialogue with Marxist analysis and the sociology of knowledge.” Wikipedia: James Hal Cone.

He bases much of his reasoning from the book of Exodus and the oppression of Israel by Egypt. He sees this as a parallel to the black man’s condition in America; as God was the enemy of Egypt, and destroyed it, so He is the enemy of the “white devils” in America, and the system that keeps blacks disenfranchised. Accordingly, his theology was heavily influenced by Malcolm X and the Black Power movement. Martin Luther King, Jr. was also an important influence; Cone describes King as a liberation theologian before the phrase existed.  Jeremiah Wright thinks that the God of the Bible and the god of Islam are the same. He believes the only mission of Jesus was to liberate the oppressed Jews from their oppressors, Rome.

Wright sees the Zionist Jews as the world problem, and the oppressors of the Palestinians. Zionism is the belief in a Jewish state and homeland. Although Wright uses the Bible when it suits his liberation theology, he does not believe the Jews have a right to Jerusalem or the land promised by God throughout the Old Testament.

Wright accuses America of being a government of lies and deception. One wonders, with what kind of government he would replace it. I agree with Rev. Wright that the American Indians, and the blacks were mistreated, and I see no justification for it. However, that part of history is behind us, and the destruction of America today will never rectify it. In addition, Has Reverend Wright overlooked the fact that blacks, Indians and other cultures have practiced slavery for centuries. In fact, Israel possessed slaves throughout their Old Testament history.

Is Wright purposefully ignoring the reign of terror under Idi Amin? Wikipedia Encyclopedia says, “Amin’s rule was characterized by gross human rights abuse, political repression, ethnic persecution, extrajudicial killings, nepotism, corruption, and gross economic mismanagement. The number of people killed as a result of his regime is estimated by international observers and human rights groups to range from 100,000 to 500,000. During his years in power, Amin shifted in allegiance from being a pro-Western ruler enjoying considerable Israeli support to being backed by Libya’s Muammar al-Gaddafi, the Soviet Union and East Germany.” Amin’s government was not only one of the vilest on earth; according to some, he practiced cannibalism on his enemies. However, we never hear one word from Wright or Jessie Jackson about the atrocities in Africa between the black tribes.

All men have wicked hearts, and regardless of their color or the form of government established, that government will never be better than what we have in America. The only government that will be a rule and reign of righteousness is the one that will be established by Jesus Christ when He returns. And, by the way, its headquarters will be in Jerusalem, and its domain, the Abrahamic grand, called Israel.