You are here: Home / ARTICLES / OBAMA SIDES WITH SODOMY; THE SICKEST SIN ON EARTH 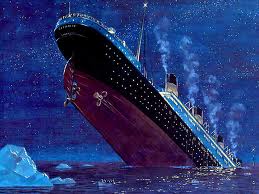 On May 9, 2012 my president announced to the world that he supported sodomy. I agree with Franklin Graham’s response when he said, “he has shaken his fist at God…it is a sad day for America.” We don’t expect most Americans to understand the magnitude, or the far reaching effect this decision will have on the destruction of America.

The Bible is clear in both Testaments that those who practice this sin are “given up to a reprobate mind.” We will put the full text so the interested can see it:

Romans 1:19-32. “Because that which may be known of God is manifest in them; for God hath shewed it unto them.  For the invisible things of him from the creation of the world are clearly seen, being understood by the things that are made, even his eternal power and Godhead; so that they are without excuse:  Because that, when they knew God, they glorified him not as God, neither were thankful; but became vain in their imaginations, and their foolish heart was darkened.  Professing themselves to be wise, they became fools,  And changed the glory of the uncorruptible God into an image made like to corruptible man, and to birds, and fourfooted beasts, and creeping things.  Wherefore God also gave them up to uncleanness through the lusts of their own hearts, to dishonour their own bodies between themselves:  Who changed the truth of God into a lie, and worshipped and served the creature more than the Creator, who is blessed for ever. Amen.  For this cause God gave them up unto vile affections: for even their women did change the natural use into that which is against nature:  And likewise also the men, leaving the natural use of the woman, burned in their lust one toward another; men with men working that which is unseemly, and receiving in themselves that recompence of their error which was meet.  And even as they did not like to retain God in their knowledge, God gave them over to a reprobate mind, to do those things which are not convenient;  Being filled with all unrighteousness, fornication, wickedness, covetousness, maliciousness; full of envy, murder, debate, deceit, malignity; whisperers,  Backbiters, haters of God, despiteful, proud, boasters, inventors of evil things, disobedient to parents,  Without understanding, covenantbreakers, without natural affection, implacable, unmerciful:  Who knowing the judgment of God, that they which commit such things are worthy of death, not only do the same, but have pleasure in them that do them.”

The original Oxford English Dictionary defines sodomy as “a sin against nature.” If sodomy is not a sin, and it is not against nature, will people be marrying their animals next? What could be wrong with it, especially if you have a “reprobate mind”?

Now, I do not hate Sodomites, but I hate their sin (sodomy), and God is on my side on this matter. No, I don’t hate them; I pity them. Anyone who can look at one’s own body and that of the opposite sex, and cannot figure out why God made them the way He did; according to the Bible, has a reprobate mind.

My President has just taken sides against the Bible and a Holy God. Thankfully, we still have freedom of speech and of the press. There are those who are working diligently to take those freedoms away. Until then, we will publically stand for freedom and righteousness. Those who defend sodomy ought to be ashamed, but some people are incapable of shame.