You are here: Home / ARTICLES / THE MISUNDERSTOOD TRANSITION # 3 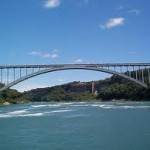 The transition ministry of the Lord Jesus Christ reveals that John the Baptist, and  none of the disciples knew or understood that Jesus must die and be raised again. These articles are about that transition.
II. HIS BURIAL AND RESURRECTION WAS NOT PART OF THEIR KINGDOM GOSPEL- Again, our text makes it clear that John, Jesus, and the Twelve preached the gospel, or good news, in the four gospels. Yet, the death, burial and resurrection of Jesus was completely absent from their gospel!
a. Notice that His resurrection was not part of their gospel. “From that time forth began Jesus to shew unto his disciples, how that he must go unto Jerusalem, and suffer many things of the elders and chief priests and scribes, and be killed, and be raised again the third day” Matthew 16:21.
b. Notice that they had no knowledge of his upcoming death, burial and resurrection. “Then he took unto him the twelve, and said unto them, Behold, we go up to Jerusalem, and all things that are written by the prophets concerning the Son of man shall be accomplished. For he shall be delivered unto the Gentiles, and shall be mocked, and spitefully entreated, and spitted on: And they shall scourge him, and put him to death: and the third day he shall rise again. And they understood none of these things: and this saying was hid from them, neither knew they the things which were spoken” Luke 18:31-34. Notice carefully verse 34. They could not have been preaching what they did not understand or believe. Yet, they preached a gospel!
c. Notice that the preparation of His body showed that they did not believe in His upcoming resurrection. “Then took they the body of Jesus, and wound it in linen clothes with the spices, as the manner of the Jews is to bury” John 19:40. They would not go to the effort of wrapping the body in burial cloth if they expected His resurrection in three days. Yet, they had heard His gospel.
d. Notice that the concern of the women was who could roll the stone away from the tomb. “And when the sabbath was past, Mary Magdalene, and Mary the mother of James, and Salome, had bought sweet spices, that they might come and anoint him… And they said among themselves, Who shall roll us away the stone from the door of the sepulchre?” Mark 16:1, 3. If they expected His resurrection, they would not be coming to anoint His body or be concerned about the stone.
c. Notice the unbelief of the eleven when Mary Magdalene brought news of His resurrection. “Now when Jesus was risen early the first day of the week, he appeared first to Mary Magdalene, out of whom he had cast seven devils. And she went and told them that had been with him, as they mourned and wept. And they, when they had heard that he was alive, and had been seen of her, believed not” Mark 16:9-11. Now, we can’t believe that the Twelve preached the death, burial, and resurrection of Christ for three years, and then all of them changed their theology! Yet, they had preached a gospel.
d. Notice that Thomas did not believe the report of the other disciples. “But Thomas, one of the twelve, called Didymus, was not with them when Jesus came. The other disciples therefore said unto him, We have seen the Lord. But he said unto them, Except I shall see in his hands the print of the nails, and put my finger into the print of the nails, and thrust my hand into his side, I will not believe” John 20:24-25. Are we to believe that Thomas preached the death, burial, and resurrection of Jesus for sin for three years, and now he is an unbeliever?
e. Notice that Jesus rebuked the eleven sharply for their unbelief. “Afterward he appeared unto the eleven as they sat at meat, and upbraided them with their unbelief and hardness of heart, because they believed not them which had seen him after he was risen” Mark 16:14. The Lord actually scolded the eleven for not believing that He was alive. Now, are you going to hold on to a tradition that has not one verse to support it?