You are here: Home / ARTICLES / THINGS YOU WEREN’T TAUGHT ABOUT THE MORMON CHURCH 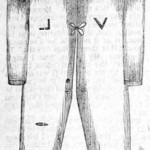 • Wives Cannot Go The Celestial Heaven Without Their Husband’s Approval
“Mormonism teaches of the importance for couples to be married and sealed in the Mormon temple. This doctrine is especially important for the women, considering they must have a male priesthood holder to accompany them into the highest level of the Celestial Kingdom. Mormon Apostle Erastus Snow preached Mormon women must keep themselves “worthy” to have a husband, if not they may be received as a servant by someone else.
“Do the women, when they pray, remember their husbands? Do you uphold your husband before God as your lord? What!-my husband to be my lord? I ask, Can you get into the celestial kingdom without him? Have any of you been there? You will remember that you never go into the celestial kingdom (during the temple ceremony) without the aid of your husband. If you did, it was because your husband was away, and some one had to act proxy for him. No woman will get into the celestial kingdom, except her husband receives her, if she is worthy to have a husband; and if not, somebody will receive her as a servant” (Journal of Discourses, vol. 5, p 291)”

• Jesus And The Devil Are Brothers
“In the Discourses of Brigham Young, on Pg.53-54 he lets it be known that Lucifer is the second son, the one known as “Son of the Morning.” “Who will redeem the earth, who will go forth and make the sacrifice for the earth and all things it contains?” The Eldest Son said: “Here am I”; and then he added, “Send me.” But the second one, which was “Lucifer, Son of the Morning,” said, “Lord, here am I, send me, I will redeem every son and daughter of Adam and Eve that lives on the earth, or that ever goes on the earth.” Note: Brigham Young is simply making this story up as he goes along. He had no knowledge that this conversation ever took place. In fact, it did not! Jesus Christ is not the brother of Lucifer in any manner. Why? Because Jesus Christ is God and the creator of all things. That includes Lucifer. “For by him were all things created, that are in heaven, and that are in earth, visible and invisible, whether they be thrones, or dominions, or principalities, or powers: all things were created by him, and for him:” Colossians 1:16.

• Tithing Required To Enter And Dwell In Zion
While tithes are not uncommon among religion, rarely are they mandatory. LDS theology states that in order to make it to the highest kingdom of heaven, you must pay a full and honest tithe.
D&C 119: 3-6. 3 And this shall be the beginning of the tithing of my people.4 And after that, those who have thus been tithed shall pay one-tenth of all their interest annually; and this shall be a standing law unto them forever, for my holy priesthood, saith the Lord.5 Verily I say unto you, it shall come to pass that all those who gather unto the land of Zion shall be tithed of their surplus properties, and shall observe this law, or they shall not be found worthy to abide among you.6 And I say unto you, if my people observe not this law, to keep it holy, and by this law sanctify the land of Zion unto me, that my statutes and my judgments may be kept thereon, that it may be most holy, behold, verily I say unto you, it shall not be a land of Zion unto you.”

• Blacks And The Priesthood
Black-skinned people are of inferior origin – Mormonism teaches that the spirit beings that did not fight valiantly for God come to earth as blacks, while those who fought valiantly come to earth as whites. Until very recently blacks could not become priests in the mormon system of worship for reasons related to this and other demeaning doctrines.
President Brigham Young, for example, in the March 1863 Journal of Discourses 10:110, said: “Shall I tell you the law of God in regard to the African race? If the white man who belongs to the chosen seed mixes his blood with the seed of Cain, the penalty, under the law of God, is death on the spot. This will always be so.” Note: It was not God who opened their eyes and changed their stand. It was the Civil Rights movement and the fear of lawsuits.

• There Is No Salvation In Any Other Church
“Orson Pratt (Mormon Apostle)–”..all other churches are entirely destitute of all authority from God; and any person who receives baptism of the Lord’s supper from their hands highly offend God, for he looks upon them as the most corrupt of all people” (The Seer, pg 255)”

A Temple garment (also referred to as garments, or Mormon underwear) is a type of underwear worn by members of some denominations of the Latter Day Saint movement, after they have taken part in the Endowment ceremony. Garments are worn both day and night and are required for any previously endowed adult to enter a church temple. The undergarments are viewed as a symbolic reminder of the covenants made in temple ceremonies, and are viewed as either a symbolic or literal source of protection from the evils of the world.
The garment is given as part of the washing and anointing portion of the endowment. Today, the temple garment is worn primarily by members of The Church of Jesus Christ of Latter-day Saints (LDS Church) and by members of some Mormon fundamentalist churches. Adherents consider them to be sacred and not suitable for public display. Anti-Mormon activists have occasionally publicly displayed or defaced temple garments to show their opposition to the LDS Church.
To members of the LDS Church, the temple garment represents the sacred and personal aspects of their relationship with God. Church President Joseph F. Smith taught that the garment was to be held as “the most sacred of all things in the world, next to their own virtue, next to their own purity of life.”
(Note: The Mormon Church is the master of deceit. The web is much larger than you might imagine.)