You are here: Home / ARTICLES / ﻿﻿﻿﻿﻿THE FERMENTING OF THE MIDDLE EAST 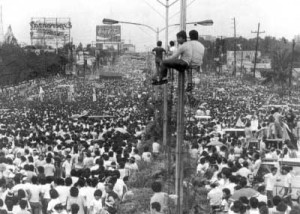 The leaven in the Middle East is working overtime to ferment and cement together the Ten nations prophesied in Daniel and Revelation. “And the ten horns out of this kingdom are ten kings that shall arise: and another shall rise after them; and he shall be diverse from the first, and he shall subdue three kings.” Daniel 7:24. “41 And whereas thou sawest the feet and toes, part of potters’ clay, and part of iron, the kingdom shall be divided; but there shall be in it of the strength of the iron, forasmuch as thou sawest the iron mixed with miry clay. 42 And as the toes of the feet were part of iron, and part of clay, so the kingdom shall be partly strong, and partly broken.43 And whereas thou sawest iron mixed with miry clay, they shall mingle themselves with the seed of men: but they shall not cleave one to another, even as iron is not mixed with clay.” Daniel 2:41-43. “And I stood upon the sand of the sea, and saw a beast rise up out of the sea, having seven heads and ten horns, and upon his horns ten crowns, and upon his heads the name of blasphemy.” Revelation 13:1 . “And here is the mind which hath wisdom. The seven heads are seven mountains, on which the woman sitteth.” Revelation 17:9.

Some may wonder what and who is behind all the turmoil surrounding Israel at this time. Those of us who are Christians know that Satan, the dragon, is the unseen power behind it. As each of those nations fall, under the guise of democracy, they are left leaderless. The above Scriptures assure us that Ten nations in that region will evolve, forming an Arab League. These are the Ten toes, the Ten horns and the Ten kings. They are all the same.

However, a more powerful king will arise from the Ten, perhaps from Syria, and will take control of the Ten; three will resist and be removed, leaving seven. “I considered the horns, and, behold, there came up among them another little horn, before whom there were three of the first horns plucked up by the roots: and, behold, in this horn were eyes like the eyes of man, and a mouth speaking great things.” Daniel 7:8.

The remaining seven kings will give their power to the “little horn.” He will attempt to control the world through the control of OIL. He will also conclude that the only way to solve the Middle East problem is to destroy Israel. He must attempt to eliminate them because all orthodox Jews will resist Him to the end. Matthew 24 makes is clear that unless the Lord intervenes and shorten those days, no Jewish flesh will survive. “And except those days should be shortened, there should no flesh be saved: but for the elect’s sake those days shall be shortened.” Matthew 24:22.

The conclusion of the matter is illustrated in the book of Daniel. “34 Thou sawest till that a stone was cut out without hands, which smote the image upon his feet that were of iron and clay, and brake them to pieces. 35 Then was the iron, the clay, the brass, the silver, and the gold, broken to pieces together, and became like the chaff of the summer threshingfloors; and the wind carried them away, that no place was found for them: and the stone that smote the image became a great mountain, and filled the whole earth. Daniel 2:34-35. When these kings are in power, a STONE (The Lord Jesus Christ, See Revelation 19) completely destroys all other kingdoms and His kingdom will fill the whole earth! So, don’t be confused or fearful if you are saved. You are witnessing the leaven at work to bring about the above events. They are God’s prophecies and they are sure.