You are here: Home / ARTICLES / HOW A BAPTIST BRIDER EVADES THE ISSUE #2 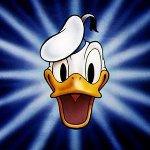 The following is the first response to my blog about what the means of salvation was in other dispensations. I have purposely omitted the name and web page of the correspondent because I have no interest in smearing his name or hurting his personal ministry. There will be inserted into this response notes showing how the briders avoid the questions and attack me and all who disagree with them. Those inserts will be in blue. Read the previous blog for content.

“I too am a dispensationalist because both the word and the principle are taught in the scriptures but I am not a hyper dispensationalist. I believe that God was working in different ways thru different people at different times (example: OT and the Jews/NT and the church). BUT SALVATION HAS ALWAYS BEEN BY GRACE THROUGH FAITH. You said, “it is important to your readers that you respond and explain from Scripture what was required in each dispensation for salvation.” The word “required” lends to the idea that salvation is by works. Do you believe that some have been or that some will be saved by works? (Notice that the word “required” is twisted to turn against me in order to deflect the argument away from the issue) Surely you don’t believe that rightly dividing the word of truth is limited to and solely focussed on dispensational theology! I believe that John preached the same salvation message that we preach as explained in John 3:36 where John said, “He that believeth on the Son hath everlasting life: and he that believeth not the Son shall not see life; but the wrath of God abideth on him.” The disciples believed in the Lord Jesus Christ just like those in the OT believed in a coming Messiah. Did they understand everything about salvation? No, and I didn’t understand everything about salvation when I got saved either. Does the fact that John did not understand the entire depth and meaning of his baptismal ministry iligitimize his baptism? (Watch again, as the brider attempts to turn on me personally and suggest that I ask him the question because I did not LIKE his article. I have not said one word about when the church started and you will discover that I don’t care when it started) No! I don’t believe you liked my article because you probably believe the church started at or after Acts 2 and so therefore you have attempted to attack my position on dispensationalism. The problem with hyper dispensationalists is that you interpret EVERYTHING thru this theological view to the point that it gets in the way of what the Scripture teaches. We should rejected theology from eccumenicalists such as Darby, Crutchfield and Scofield. I know you asked for a “mature” response and I am but I can sense the sarcasim in your words and know that “maturity” is not your trademark because you named a book “Baptist Briders BOLONEY”. You have stated in a book summary that everyone that is saved is in the body of Christ but I believe that the Scripture teaches that the church is a local assembly and that the church is that body. The fact of the matter is, prior to the book of Acts there was a body of baptized believers that was started by Jesus who had local church ordinances. That may not fit in to your slicing and dicing of the Scriptures but it is plain as day. I’ve never met a Ruckmanite who called himself one but I have met several Ruckmanites who want to defend other Ruckmanites. I know you have written several books and have addressed this issue several times. I will make no bones about the fact that I strongly oppose hyper dispensationalism because I must earnestly contend for the faith. It is disturbing to me that there are brethren walking among us who believe and passionately yet deceptively promote this non-Baptist hyper dispensationalism so I am calling you out! When you respond I would like simple YES or NO answers to these: Do you believe that everyone has or will get saved the same we get saved today? YES or NO Do you believe that John’s baptism is the same baptism we practice today? YES or NO Do you believe the NT church existed prior to the events found in Acts? YES or NO Do you believe all the saved are in the body of Christ? YES or NO

(The reader will once again see how the “worm has turned.” My question was simple, it was, “Perhaps you could define the gospel message we preach today and then find where it was preached in Matthew through John’s gospel.” That question is not hard to understand, but it is impossible to answer. That is why the blog will be an attack to the end. He dare not answer the question by giving a clear description of our gospel and that of the John and the Twelve. That would blow his Baptist baptism right out of the water.