You are here: Home / ARTICLES / SEARCHING FOR SOMEONE TO BLAME 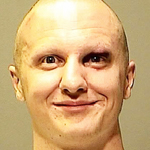 Should we blame Wanda Sykes, who said at the White House Correspondents Dinner on Saturday, May 9th ,  Limbaugh is a terrorist and a traitor and suggested that he be “tortured and wished him dead.” Someone stated, “Sykes is not the most balanced of people.”

Perhaps the late night talk show host and comedians who target conservatives and independents constantly had some influence on Jared L. Loughner.

Should his parents be blamed? Who should have understood him more than them?

Where, oh where, can we find someone to blame? Remember, never fail to exploit a crisis. Blame your opponent and promote your agenda. Examples: Perhaps it was Arizona’s illegal alien laws that caused him to go crazy. Could it be their gun laws? (Seems to me they have more killings in Chicago and L. A. in one day, than all the murders in Arizona in a year.) Could it be, that Arizona is too concretive? Maybe it was the fault of the college that removed him from the campus for misconduct, or the military that deemed him unfit for service. Or, perhaps it was your fault! Whatever we do, we must not blame Loughner. That would not serve anyone’s purpose.

“A friend of Mr. Loughner’s also said in an interview on Tuesday that Mr. Loughner, 22, was skilled with a gun — as early as high school — and had talked about a philosophy of fostering chaos.” “The account by Mr. Loughner’s friend, someone close to Mr. Loughner, added details to the emerging portrait of the suspect and his family.” “He was a nihilist and loves causing chaos, and that is probably why he did the shooting, along with the fact he was sick in the head.”

NOTE: American Heritage Dictionary: ni·hil·ism  1. Philosophy. a. An extreme form of skepticism that denies all existence. b. A doctrine holding that all values are baseless and that nothing can be known or communicated. 2. Rejection of all distinctions in moral or religious value and a willingness to repudiate all previous theories of morality or religious belief. 3. The belief that destruction of existing political or social institutions is necessary for future improvement. 4. Also Nihilism. A diffuse, revolutionary movement of mid 19th-century Russia that scorned authority and tradition and believed in reason, materialism, and radical change in society and government through terrorism and assassination. 5. Psychiatry. A delusion, experienced in some mental disorders, that the world or one’s mind, body, or self does not exist.

“The new details from Mr. Gutierrez about Mr. Loughner — including his philosophy of anarchy and his expertise with a handgun, suggest that the earliest signs of behavior that may have ultimately led to the attacks started several years ago. Mr. Gutierrez said his friend had become obsessed with the meaning of dreams and their importance. He talked about reading Friedrich Nietzsche’s book “The Will To Power” and embraced ideas about the corrosive, destructive effects of nihilism — a belief in nothing. And every day, his friend said, Mr. Loughner would get up and write in his dream journal, recording the world he experienced in sleep and its possible meanings.

“Jared felt nothing existed but his subconscious,” Mr. Gutierrez said. “The dream world was what was real to Jared, not the day-to-day of our lives.” And that dream world, his friend said, could be downright strange. “He would ask me constantly, ‘Do you see that blue tree over there?’ He would admit to seeing the sky as orange and the grass as blue,” Mr. Gutierrez said. “Normal people don’t talk about that stuff.” He added that Mr. Loughner “used the word hollow to describe how fake the real world was to him.” As his behavior grew more puzzling to his friends, he was getting better with a pistol. Starting in high school, Mr. Loughner honed his marksmanship with a 9-millimeter pistol, the same caliber weapon used in the attack Saturday, until he became proficient at handling the weapon and firing it quickly. “If he had a gun pointed at me, there is nothing I could do because he would make it count,” Mr. Gutierrez said. “He was quick.”

“After his arrest for possession of drug paraphernalia in 2007, Mr. Loughner was ordered to attend a diversion program run by the county attorney’s office. The chief deputy county attorney, Amelia Craig Cramer, said the program is intended for first-time offenders who have no history of violence or serious mental illness. Mr. Loughner was referred to an approved drug education program, and completed the required sessions in 30 days. But the program is primarily educational, Ms. Cramer said, focused on “the dangers of drugs and the dangers of substance abuse,” rather than the kind of in-depth counseling that friends, including Mr. Gutierrez, strongly felt that Mr. Loughner needed.

“It got worse over time,” Mr. Gutierrez said. He said he stopped talking to Mr. Loughner last March, when their interactions grew increasingly unpredictable and troubling. “He would call me at 2 a.m. and asked, ‘Are you hanging out in front of my house, stalking me?’ He started to get really paranoid, and said he did not want to see us anymore and did not trust us,” Mr. Gutierrez said, referring to himself and another friend. “He thought we were plotting to kill him or steal his car.”

Evidence seized from Mr. Loughner’s home, about five miles from the shooting, indicated that he had planned to kill Ms. Giffords, Democrat of Arizona, according to documents filed in Federal District Court in Phoenix. Special Agent Tony M. Taylor Jr. of the F.B.I. said in an affidavit that an envelope found in a safe in the home bore these handwritten words: “I planned ahead,” “My assassination” and “Giffords.”

Mr. Loughner had dropped out of college and become increasingly erratic in recent months, so much so that others around him began to worry. He had posted on his Myspace page at some point a photograph of a United States history textbook, on top of which he had placed a handgun. He prepared a series of Internet videos filled with rambling statements on topics including the gold standard, mind control and SWAT teams. And he had started to act oddly during his classes at Pima Community College, causing unease among other students.

That behavior, along with a disturbing video, prompted school administrators to call in Mr. Loughner’s parents to tell them their son had been suspended and would have to get a mental health evaluation to return to college. Instead, he dropped out in October, a spokesman for the college said.

A series of short videos posted on the Internet, apparently by Mr. Loughner, consist of changing blocs of text that are largely rambling and incoherent. Many take the form of stating a premise and then a logical conclusion that would follow from it.

They speak of being a “conscience dreamer”; becoming a treasurer of a new currency; controlling “English grammar structure”; mentioned brainwashing and suggested that he believed he had powers of mind control.

“In conclusion, my ambition — is for informing literate dreamers about a new currency; in a few days, you know I’m conscience dreaming!” he wrote in one video, which was uploaded to YouTube on Dec. 15.

Still, some strands of recognizable political thought are woven among the more incoherent writings. Another video, for example, says debts should only be paid in currency that is backed by gold and silver.

One of his videos also suggests that he may have applied to join the Army at a recruiting station in Phoenix. It says he received a miniature Bible before taking tests there, and that he did not write a belief on his application form, so a recruiter wrote “none.”

Army officials said Saturday night that he had tried to enlist but had been rejected for military service. Paul Schwalbach, the spokesman for the Pima Community College, said one video that Mr. Loughner had prepared was considered particularly troubling by campus administrators, motivating them to suspend Mr. Loughner in September. College “police and other officials viewed it and found it very disturbing,” he said. After he was suspended, Mr. Loughner and his parents met with administrators, who said he would require a mental health clearance if he wanted to return to college. It could not be learned on Saturday whether Mr. Loughner ever saw a psychiatrist or other professional or received a diagnosis of mental illness.

But the rambling, disconnected writings and videos he has left on the Web are consistent with the delusions produced by a psychotic illness like schizophrenia, which develops most often in the teens or 20s.

In one extended Internet posting, Mr. Loughner suggested that the government was trying to trick him, or take advantage of him, although he never explained exactly what caused these concerns.

He also prepared a video that he called “My Final Thoughts: Jared Lee Loughner!”

On the morning of the day of the shooting, he posted a message on his Myspace account hinting that he was going away. “Goodbye,” he wrote at about 5 a.m. “Dear friends . . . Please don’t be mad at me.” (All italic of this article, mine.)

NOTE: There is no doubt that Jared Loughner is sick in the head. However, there are certain diets you do not give sick people. It only makes them sicker. The constant use of drugs, his music, and his reading list only fuelled his deranged mind. His reading list is: Animal Farm, Brave New World, The Wizard Of OZ, Aesop Fables, The Odyssey, Alice Adventures Into Wonderland, Fahrenheit 451, Peter Pan, To Kill A Mockingbird, We The Living, Phantom Toll Booth, One Flew Over The Cuckoo’s Nest, Pulp, Through The Looking Glass, The Communist Manifesto, Siddhartha, The Old Man And The Sea, Gulliver’s Travels, Mein Kampf, The Republic, Meno.

The above reading materials could be processed objectively by a mentally stable individual, but a person like Jared Loughner, who was detached from reality, would not be able to. No one should be blamed for his action except Jared Loughner.