You are here: Home / ARTICLES / RAHAB THE HARLOT 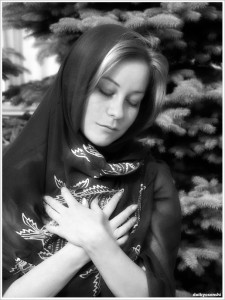 “By faith the harlot Rahab perished not with them that believed not, when she had received the spies with peace. Hebrews 11:31. “Moreover the law entered, that the offence might abound. But where sin abounded, grace did much more abound: Romans 5:20.

Moses was dead, and now Joshua was commander and chief over Israel. He was commanded to go into the Promised Land and take possession of it. The inhabitances were to be destroyed, and the first city to be conquered was Jericho. Joshua sent two spies to assess the situation and bring back their report. In order to remain inconspicuous, the spies went into Rahab’s house. No doubt, many travelers had “rested” there. How they explained to Rahab their business, we are not told, however she is made aware of their purpose, and she was not part of it.

Rahab was a three-time looser. She was a daughter of Adam, and that sealed her fate unless God intervened. Such is the condition of all in Adam. Also, her manner of life merited God’s judgment. She was one of the towns prostitutes. She was immoral and sold her body to anyone who would pay her price. Galatians 5:19 describes exactly the kind of woman Rahab was. Finally, she was a Canaanite, and the Canaanites were on the list of nations to be completely destroyed by Israel.

The news of Israel’s intent and success had preceded them. She had heard of the One true God and His power. He was unlike any of the gods of the Canaanites. He was a living, powerful, personal, and merciful God.

Rahab confessed to the spies that she believed in the God of creation and that she knew He would help Israel destroy the wicked nations. She asks for the spies to show mercy on her and her family. She demonstrated her faith by: receiving the spies, by hiding them, by risking her life in protecting them, by making a covenant with them, by gathering her family to the place of safety and by putting the scarlet rope out her window. Hers was a faith that confirmed itself by her works. It is interesting that the first person to demonstrate faith and be saved was a gentile woman who was a prostitute. Could this be a veiled rebuke to Israel’s coming apostasy?

She was concerned about her family’s salvation. This is one of the marks of salvation. When one has experienced the forgiveness of their sins and become a partaker of God’s free grace, he wants his family and friends to share in it. God’s desire and plan is the salvation of the complete household.

When Israel came to destroy Jericho, the one symbol that would protect her was the sight of a scarlet rope hanging from her window. That, which had identified her house before and the nature of her business, was now a public confession and a mark of surrender to the one true God! Transparency is the necessity for salvation. One must acknowledge what he is and rely on God’s grace!

Not only did Rahab become a convert to Israel’s religion, her name shows up in the genealogy of the Lord Jesus Christ. Oh, what wonderful grace, that those who have been named among the worst of sinners can have their name in God’s book of life!
You too, my friend can be forgiven of all your sins and become a member of the family of God, if you will acknowledge your need of mercy and accept God’s forgiveness. The scarlet ribbon has been hung out for you. It was on the cross and was the Lord Jesus. Take hold of it by faith and you will be saved.