You are here: Home / ARTICLES / THE PASTOR SHOULD EXPECT TROUBLE; NOT CREATE IT

INSTRUCTIONS ABOUT TROUBLE FOR THE PASTOR 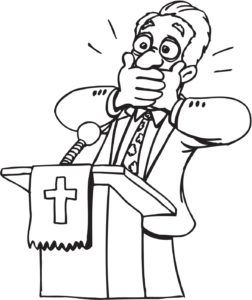 “And when the devil had ended all the temptation, he departed from him for a season.” Luke 4:13.

“He that passeth by, and meddleth with strife belonging not to him, is like one that taketh a dog by the ears.” Proverbs 26:17.

A pastor must be, both alert and restrained. He can’t afford to be naive, or meddlesome. If you are doing anything for God, the devil has you in the crosshairs. You don’t have to go looking for trouble, it will find you. Wherever there is light, you have invaded his kingdom. Expect trouble from him, just don’t create it.

If you are a pastor who is actively getting people saved, getting them to join your church, disciplining them, and sending them off to the mission field, expect his attack. The shocker about his attack is you never know where it will come from. In most cases, it will come from another pastor or members of your church.

Most attacks will be about your policies and procedures. Some will attack how you use money and what your methods of ministry are. Others will find fault with your preaching and standards. There will be those who have a pencil in hand every time you speak. They are ready to make a note of words you say, with which they disagree.

Then, your standards will be under constant attack. This will mostly involve music and dress. There will always be that few who are sure they know God’s will for your church standards. In fact, all they want is for you to implement their own preferences. Then, if anyone finds fault with these, you will get the blame.

Be slow how you respond to all attacks. Once you start chasing brush fires, you have stopped ministering. You don’t have to respond to every criticism. The more you become a man or woman pleaser, the more you will become a frustrated pastor. Pray for wisdom, seek counsel and deal with each problem as wisely and possible.

Jesus could not escape Satan’s attacks, neither can you.

The devil moves other pastors to be jealous of any success you have. As long as you have less, do less, and know less than them, they will praise you. But once you begin to make a dent in Satan’s kingdom, he will see that you come under attacked. Ignore it if you can, and understand its source and motivation. Jesus could not escape Satan’s attacks, neither can you.

Next, don’t create trouble for yourself. Many pastors think they are failing God if they have not made some church members mad at them. Thus they ensure that they do or say something to fulfill their prophecy. Don’t be stupid. Never pick a dog up by its ears, and let sleeping dogs alone.

Ask God to put a watch on your mouth so you don’t make brainless comments from the pulpit. Spurgeon said, “Pulpits are coward’s castles.” Satan will exploit every stupid comment you make. “A soft answer turneth away wrath: but grievous words stir up anger.” Proverbs 15:1. “Pleasant words are as an honeycomb, sweet to the soul, and health to the bones”. Proverbs 16:24. ”A word fitly spoken is like apples of gold in pictures of silver.” Proverbs 25:11.

You cannot pastor a group of people without receiving some criticism or faultfinding. The devil will see that it comes. But, make sure you are being criticized for soul winning, disciplining believers, enrolling believers in service and sending out missionaries.

Remember, envy and frustrated ambition is the source of most of it. Don’t panic. Do as Jesus did; go to God in prayer, seek counsel and stay the course. So, don’t be surprised when trouble comes; just don’t go around creating it and then pretending you are a martyr.